Cape Fear Fishing Report for the week of July 20, 2020, this past week has been some of the most consistent and some of the best catches, I have had in a few years. Have been fishing right here at Carolina Beach, North Carolina almost in my back door a place called Snow’s Cut.

What we have been catching Red Drum the size of the fish has mostly been over the North Carolina slot size of 27″.The charters have landed some fish in the slot size of 18″ to 27″ with most of the fish being around 26″ size. We have kept only 2 Red drums in the slot this week in Snow’s Cut releasing all other fish. A total number of  Red Drum caught somewhere around 35 fish in two mornings of fishing. The flounders have been hitting the baits the red drums are missing catching several 8lb. to 10lb.flounders with just a few smaller fish from 3lb. to 5lb.flounder it has literally been some awesome fishing. All Flounders have been released due to our North Carolina closure of the flounder fishery, flounder season will open back up August 16, 2020, I urge anyone wanting to catch some Flounders to book by calling Capt. Mike Dennis at  910-619-0928. 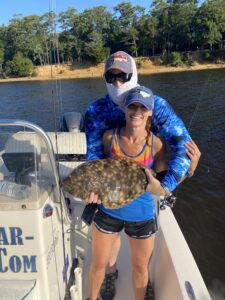 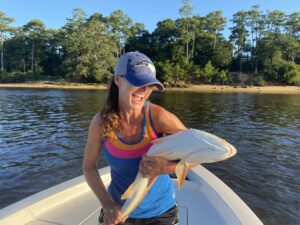 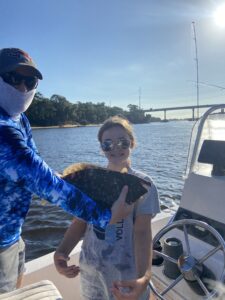 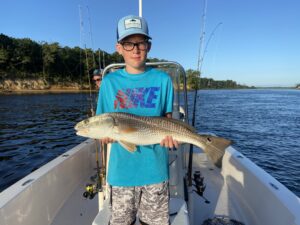 I have lived in the Cape Fear Region of North Carolina since 1974 over my many years of fishing which includes a lot of slow trolling for King Mackerel off Wrightsville Beach, Southport, and Carolina Beach. I made my living for 10 years commercial fishing a 29′ single-engined diesel 29′ C-Hawk trolling for King Mackerel commercially offshore and running charters in the summertime. All the different types of fishing and the experiences learned have made me feel like I have been blessed to enjoy and live here in Carolina Beach, N.C.