Limited Out on Red Drum 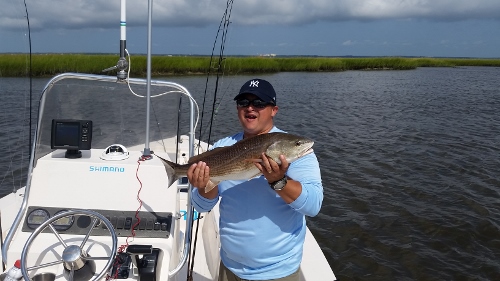 Limited out on Red Drum 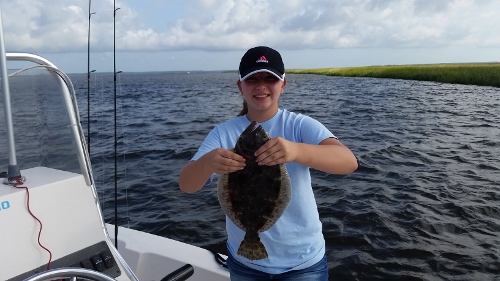 Limited out on Red Drum Fished Saturday, August 19th with Brian Kiser and his daughter, turned out to be a decent bite for Red Drum caught the limit of reds, released several more fish, landed a keeper flounder. We have starting to see a larger grade of red drum coming in the backwaters of the Cape fear River, some real hard fighting fish!

Weather was ideal it was mid-August but we had enough cloud cover to make the morning on the water pleasant with a slight breeze. Finger mullet were actively running the shoreline in Buzzard Bay a great sign.

Consist of three bays they run south from the Fort Fisher Rock Wall jetty that stops at the entrance to Muddy Slough. At a high tide running alongside this wall, water depth is usually only 4′ or 5′ on low tide use caution when traveling alongside this wall. These are shallow water flats, most of the shoreline has a bed of oyster extending from them, one the reason drum love this area. There are some banks that have a water depth of 12′ to 16′ which is rare, these definitely hold fish. Sand bars are scattered all through the bays, it takes time spent at low water to learn this area. Oyster beds are prevalent all throughout some extend almost to the surface at high water use cation when navigating these bays.

Fishing the backwaters of the Cape Fear River